Celebrities Who: Recently Changed Their Complexion

Over the years we have seen much controversy regarding skin tone and the uses of products to achieve lighter pigmentation. Often, this is a big topic discussed and rumored within the industry. Although our society is becoming more understanding of different standards of beauty, fairer skin is still something that is sought after to this day.

From big celebrities endorsing products to lighten their skin complexion, to some changing their appearance drastically, in this article we list some of the top celebs that have practiced this beauty trend, and some who have denied the allegations of having done so. Let’s take a look into potential celebrity skin lightening treatments. Blac Chyna is an American model, entrepreneur, and owner of Lashed Cosmetics. She grew to fame from stripping and now has a child with Robert Kardashian. Chyna is often promoting fashion apparel and her company’s beauty products on Instagram. Recently, the star announced a collaboration with the company Whitenicious, a skincare brand that offers a wide selection of products for different parts of the body, most of which revolve around skin lightening, brightening and improving overall skin appearance by treating dark spots.

Blac Chyna struck big controversy when she announced the release of her “Diamond Illuminating & Lightening Cream.”

A post on Instagram with the following caption reads: “Lagos Nigeria, join me at the first official launch of my face cream, this Sunday, November 25th, at the Whitenicious store from 1-5pm. Everyone is invited.”

Blac Chyna claims the product is for those who have problems with their pigmentation and is used to help “lighten” those areas without bleaching. – A press release was issued by her team, informing that Blac Chyna has been using Whitenicious dark spot corrector from the brand for a few years, stating that it has helped in treating her hyperpigmentation.

Over the years, her appearance has changed physically with her complexion. There is still speculation on whether or not she is or has been using skin bleaching products to lighten more of her features. Lil Kim is a rapper, record producer, model, and actress that has been talked about over the last few years regarding her skin tone and extreme surgeries. She has never confirmed or denied the rumors, but with visible changes to her appearance, many believe she does indeed go beyond using makeup to achieve her lightened skin color.

As of recent, her features have undergone a significant change, giving off an appearance of someone mixed with two races, and not looking like her original self. With her whiter skin and smaller features, she appears to look more Asian and Caucasian depending on how one looks at her face.

Although the rapper has not promoted products publicly to lighten skin, it is very likely that she uses other methods to achieve this.

Laser skin resurfacing (laser peel) – might be one such method. It involves removing the outer layer of the skin one layer at a time, heating under the dermis to trigger a reaction for cell regrowth and removal of melanin (dark skin pigment), allowing for smoother and whiter skin.

This approach is often used to treat skin blemishes such as dark circles, acne scarring, wrinkles, hyperpigmentation, and skin irregularities. Dencia is a singer, fashion designer, entrepreneur, philanthropist, and owner of Whitenicious. It should not be a surprise that this famous celeb lightens/bleaches her skin, after all she speaks publicly about it. In 2014, the singer launched her very first brand called Whitenicious. Her products consist of all sorts of skin lighting treatments ranging from body scrubs to brightening serums, to dark spot removes, all the way to skin lighteners and more.

In the first 24 hours of her first launch, her product sold out. Weeks later, approximately 20,000 units were restocked and not slowing down in sales. The product was promoted as a 7-day quick acting dark spot remover. Since then, many people (including fans) criticized her for supporting skin lighting/bleaching, but also hatred among people of color, especially African Americans.

Despite all the criticism and hate that she suffered as a result of her products, Dencia continues to stand by what she has created and believes that her products are helping women with their skincare needs.

The celebrity mentions in an interview that her original skin complexion is allegedly not far off from where it is now and that she is naturally fairer in tone. In the interview, Dencia also mentions that she adores black skin and that her products are mainly used to treat hyperpigmentation and dark spots.

This is still debatable by some, considering that most of her products contain the word “lightening” in the name. Dencia defends her claim with the following statement in her interview: “Will Whitenicious bleach your skin if you use it on all your skin? Yes, it will. Are we selling Whitenicious for that purpose? No.” Ciara is well known for her music. She started her career in the early 2000s with her first single: Goodies. She has built a reputation for herself in the music industry as a popular hip-hop and R&B singer. Among most celebs we have mentioned in this article, she is the least scandalous regarding bleaching her skin; however, that is not to say she has not done it before.

Looking at previous pictures of this star compared to now, one can see there has been a slight change in the tone of her skin. Appearing more on the fairer side of the spectrum rather than her original/natural warmer brown shade. Of course, there could be many reasons to consider why this may be, yet the star still has not addressed any of the rumors surrounding her skin complexion. Azealia Banks is an American rapper, songwriter and actress. In 2016 Azealia hit major backlash on social media when she proudly announced the use of skin bleaching products to alter her appearance.

Later that month, Banks took to Instagram to express her love for her skin cream Whitenicious. After receiving thousands of comments and tweets about her love for the product, she decided to address the topic in a 21-minute Facebook live stream.

In the video, Banks defends her personal decision to want to use the product, comparing the cream to other forms of body modifications such as wearing weaves or getting plastic surgery. “Nobody was upset when I was [wearing] 30-inch weaves, tearing out my edges, and doing all types of s**t like that,” she stated.

Her controversial video brought in almost 80k views and nearly 3k comments, most of which accused the singer of countering her previous statements on racism and cultural appropriation.

A year later in October of 2017, the singer made a public post captioned “I finally am back to my natural tone,” to her audience. Azealia states that she fell down a curious/desperate path of wanting to try various skin lightening products that would not show obvious or significant signs of bleaching.

She then goes on to say that she has found great exfoliating products that will not alter her complexion but instead make it appear brighter. Next, on our list of celebrities, we have Mindy Kaling. Over recent years, Mindy’s complexion has become lighter and whiter. However, we’re still unsure as to what exactly she’s doing to achieve her more luminous, brighter complexion. In some pictures, her skin appears vibrantly whiter, but in others, it looks as though Mindy may just be practicing a better skincare routine. She may be achieving this through the use of skin lightening and brightening products as well as avoiding direct sunlight.

Avoiding contact with the sun is essential for those who want to achieve a whiter complexion. Often, celebrities will look to using high SPF sunscreen that can protect their skin from harsh UV rays. Some of these sunscreens even contain skin whitening ingredients to maximize skin lightening.

So, what exactly is Mindy using for her lighter skin? Well, Mindy Kaling’s skin was much darker at the beginning of her career. We also noticed a drastic change in her skincare and makeup since then, which we believe is the main reason behind her flawless complexion she has today.

To achieve her flawless complexion, we think Mindy is using a high SPF sunscreen to prevent her skin from tanning. We also assume Mindy combined a melanin-blocking skin lightening cream with hydroquinone or natural bleaching agents. She may also be using an exfoliating regiment that helps to brighten up her dull skin and provide her with a dewy, natural glow. Rihanna (aka Riri) is a famous and a well-known singer globally.  She has sold over 250 million records since the start of her career in 2005. She has a significant presence on social media and a massive number of followers across all her platforms. Over the last few years, we have watched as Riri changed her looks and style, setting new fashion/beauty trends that can make her stand out from other celebrities.

Previewing her looks over the last five years, it is possible that she has been using skin products to alter the appearance of her skin. This has led to the question, ‘What is Rihanna’s skin bleaching technique?’ She is known for her gorgeous skin complexion that now leans more towards golden-bronze/tan shades. It is still unsure to many if the star has ever used skin bleaching products or if her skin tone is directly related to her makeup application. Regardless, you can expect Rihanna to keep making a statement with her sense of style and pushing boundaries in the fashion and beauty industry, but the singer has not yet addressed any rumors regarding her skin complexion.

With the debut of her new makeup line Fenty Beauty, Riri has set new standards for loving and embracing all skin types, races, and complexions. Having a foundation range of 40 different shades, she wanted to ensure there would be a shade suitable for every skin tone. Because of this, she has made a significant impact in the makeup industry and has received much respect from big makeup influencers such as Jeffree Star, Jackie Aina, Patrick Star, and many others. 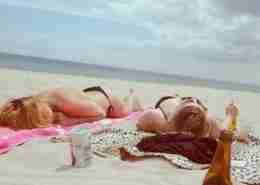 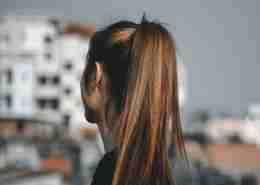 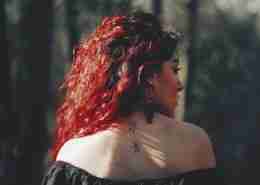 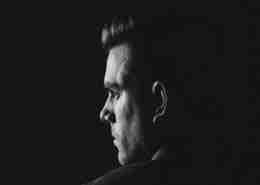 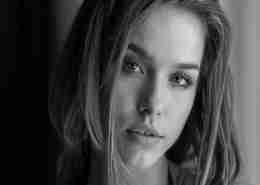 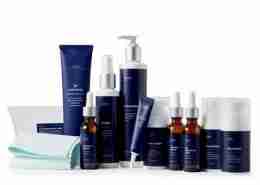 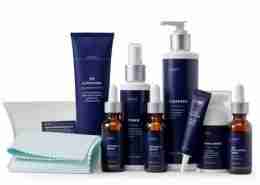 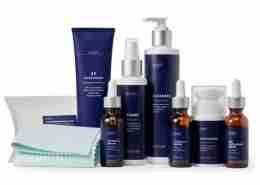 July 22, 2020
Civant is a relatively young company, but one that has established its brand as a leader in specialty skincare. Its greatest success has been in addressing...
END_OF_DOCUMENT_TOKEN_TO_BE_REPLACED
https://skinlighteningbeautyguide.com/wp-content/uploads/2020/07/Civant-Daily-Care-Kits.jpg 340 482 Chris http://skinlighteningbeautyguide.com/wp-content/uploads/2019/01/SLSB-Logo-300x129.png Chris2020-07-22 22:35:592020-07-22 22:56:57Civant Daily Care Kits
PreviousNext
Best Whitening Cream For Koreans