How Glutathione Can Lighten Your Skin

Did you know there is a substance that your body produces and that is used in many skin lightening products? This substance is called Glutathione and it is referred to as the body’s master antioxidant. It is created inside our livers and holds a very crucial role for us. Without the production of Glutathione, we can suffer from a weaker immune system leaving our health at risk for diseases and infections. Doctors will prescribe Glutathione orally to patients who are deficient in it and suffer from health issues such as cancer, asthma, heart disease, glaucoma and more. Glutathione can also be injected into a muscle to help prevent toxic side effects from chemotherapy or to help resolve male fertility issues. Even though it is used primarily for medical purposes, thanks to its many benefits, it is also one of the main ingredients in many skin lightening products.

Over time your levels of Glutathione begin to diminish because of various reasons. The most common reasons for a decreased level of Glutathione are the toxic load in your body, your diet, certain medications, health problems, stress and maturing in age. Therefore, it’s essential to maintain a healthy diet, or using Glutathione as a treatment if you suffer from a weak immune system or other health conditions.

There are a few ways Glutathione can be administered: orally, topically, or even through an IV. When it is administered through an IV, it will allow the jumpstart of your Glutathione levels by being injected directly into your bloodstream and being brought directly to your liver and to the other cells throughout your body.

Even though this antioxidant is mainly used in treating health conditions, there are side effects from ingesting it or applying it as a topical to enhance your levels. Glutathione is made up of three amino acids: glycine, cysteine, and glutamine. Each does specific things to your body. However, the one that causes lightening in pigmentation is called Cysteine (L-cysteine).

Cysteine (L-cysteine) – facilitates the creation of pheomelanin, a lighter pigment than eumelanin (found in your natural skin). It does this by lowering the production of melanin by hindering an enzyme called tyrosinase and manipulating your metabolic pathways that produce darker pigments to that of lighter ones. Because of this, the amino acid is used in many skin whitening products.

The use of Glutathione as a skin lighter started in Asia for Korean skin lightening and Japanese skin lightening but now is predominantly used internationally and you can easily find glutathione for skin whitening before and after images on Google. Depending on how often one applies this to whiten their complexion, studies have shown that it will take up to 3-4 months for people of lighter completion to see results, and 6-12 months for those of a darker complexion to notice effects of skin lighting from the use of glutathione.

So now that you know about the background of glutathione lets discuss the three different ways you can use glutathione to lighten the complexion of your skin, the proper dosages for skin whitening, how to take glutathione effectively and find out how long does glutathione take to work and whiten skin.

How to use Glutathione Topically

Applying glutathione directly to your skin is the most effective method for whitening your skin tone. By applying it directly to your skin, it is absorbed faster into your bloodstream without the need of going through your body’s digestive system. If you are considering applying Glutathione topically, you should know that it is available as soaps, facial fade creams, and lotions. Listed below are three of the different forms of topical glutathione and how they perform on your skin. 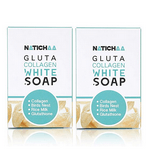 Glutathione infused soaps are a great and effortless ways of implementing the use of skin lightener in your everyday routine. If used daily you will notice faster results, specifically if used in the shower or washing your face. Just be sure not to excessively use soap on your skin unless you plan to apply moisturizer after to keep your skin from drying out. 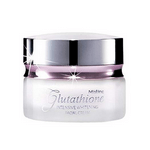 This facial cream is used to lighten the complexion of your skin by combining glutathione and the ascorbic acid Vitamin C which will amplify the effects of whitening by being absorbed into your skin. From this, you can expect a lighter, brighter and more even complexion as you prolong the use of this product. 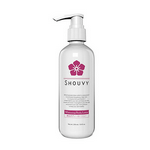 Using lotion on a regular basis is quite essential to maintaining excellent skin health. It helps to ensure your skin is not drying or cracking by keeping the moisture in your skin. With that said, it’s convenient to have a moisturizer that can also lighten your skin with each application. Pairing a glutathione lotion with a similar soap will double the effectiveness of glutathione for your skin.

How to use Glutathione Orally 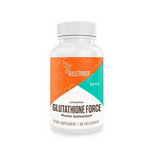 digestive tract. This method is almost as effective as intravenous (IV) but it is a lot less uncomfortable and more cost-efficient.

If you want to try glutathione orally, here are a few suggestions when taking it:

If you are looking for immediate glutathione effects, then the best option is to inject it directly through an IV. Doing so, it injects the glutathione right into your bloodstream, making this process faster than dealing with the process of digesting it. Because of this, you will be absorbing 100% of the glutathione injected.

While glutathione has no known side effects, receiving glutathione from an unlicensed professional can have fatal consequences if injected with artificial substances. 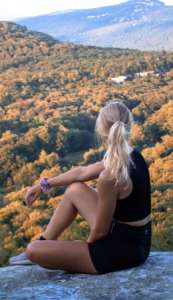